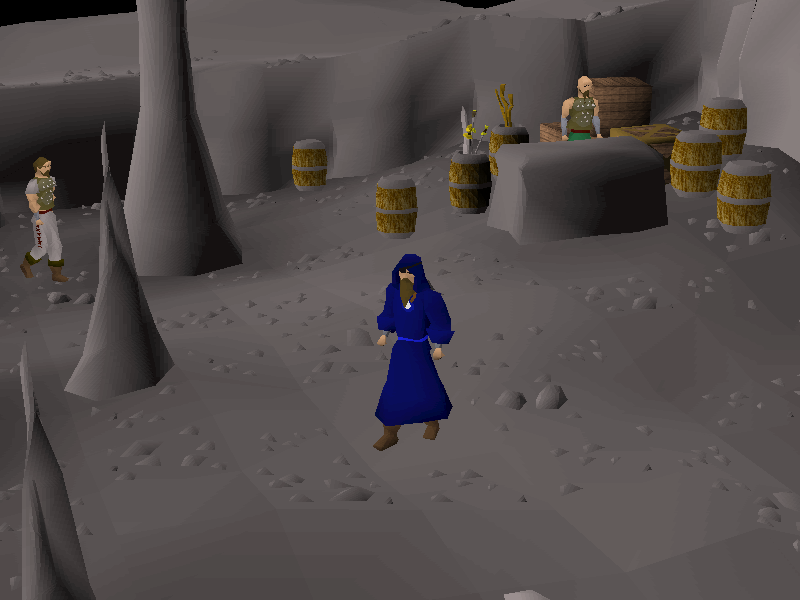 The Mage Arena is a miniquest for players to take part in when playing Old School Runescape. However, the rewards don't necessarily revolve around OSRS gold - instead, they're centered on testing your magic skillset and giving you experience levels that will help to improve this specific skill.

You can start by talking to Kolodion in the Mage Arena. He'll test your magic level, and if you're at least level 60 Magic then it's time for this quest.

How To Reach Mage Arena In OSRS

To get there, you will need to start at level 56 Wilderness. You can go in via ruins of Edgeville and use a lever or head into a small building near West Ardougne’s gate for passage on Deserted Keep; then north just past web until OSRS Mage Arena bank is located nearby!

You will find the arena from here to the northwest, which looks like a small broken house. Go inside and use webs on them then pull the lever in the wall for access tunnel into the cave where you can find Kolodion; he's going to be important later when starting this OSRS minigame.

The battle against Kolodion is a challenge that will test even the most seasoned Runescape player. The Old School RuneScape Mage Arena has come alive with this fight, so keep your wits about you and be ready to take on any form he may assume!

You'll be doing battle with Kolodion as part of the Old School Runescape Mage Arena. You may notice that he changes form during your fight, and can only damage him through Magic attacks - but don't worry! He starts off in human form before transforming into a terrifying creature that can deal you serious damage if you are not careful.

Once you have overcome Kolodion, then the minigame will come to an end and your reward for victory will be given. You will then be congratulated by Kolodion and players can choose their God. You'll receive a cape and staff for whichever god you choose, so go ahead and pick the one you prefer to pray to.

Unlocking god spells to use outside the arena is easy, but you must first cast them inside it 100 times. To do so bring a prayer potion for Protect from Magic and some high magic defense items like armor or weapons!

If you want to get other god spells, you will need to pay 80,000 OSRS coins as a payment for the staff from the merchant, then cast the spells 100 times. You also need to remember that you cannot combine god staves with a cape from a different god.

That is everything you need to learn about the OSRS Mage Arena quest and how to get there. This quest might not yield OSRS gold, but the rewards and battle itself are certainly worth it