Snakes in the Toilet and other Australian Myths that are TRUE

There’s a lot of talk about Australian wildlife – and you may be forgiven for thinking you’re hearing a big old fib from the Aussies at the pub.  So, what’s true and what’s not?  Well, most of it… is true.

Snakes in the Toilet

Imagine sitting down to take some time out…. Only to feel a bite on the butt! This is a legitimate concern for Australians as snakes are well-known visitors to the toilet bowl, even in major cities. This plumber in Sydney gives the lowdown on how snakes end up in your pipes in Australia’s largest city.

Cute, cuddly koalas…. They lay in wait for unsuspecting people and then launch their gruesome attack…. Australians love to tell this story because they enjoy teasing foreigners, especially Americans.  What is true about these little fluffballs is that they stink, they sit in their own urine all day, so much so it bleaches their butt fur.  And they sound…. HORRIBLE.

Kangaroos don’t make the best pets because they get really big and well, frightening.  But, when a joey is orphaned, kangaroos can be hand raised by wildlife carers and live quite happily with a family.  It’s not until they mature that they become poor house guests.  Kangaroos do however share the suburbs with families, living in backyards where there was once nature.  So it’s not unusual to spot a kangaroo when you pop out for the morning paper. 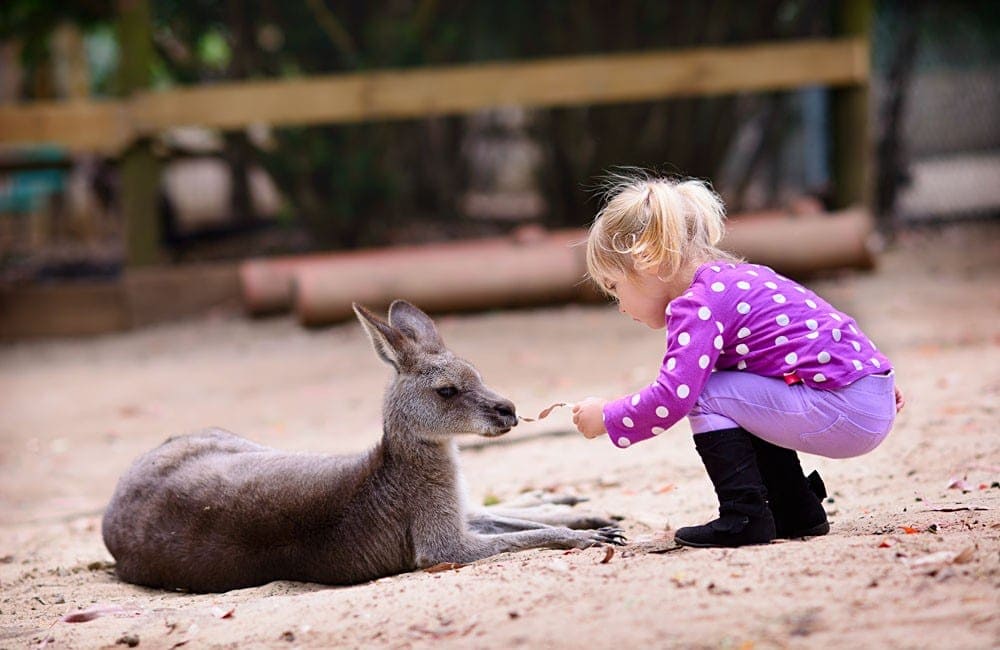 Australia has a real-life dinosaur

Not counting crocodiles (of which Australia’s north has PLENTY) Australia has a real, barely evolved dinosaur similar to the velociraptor we all feared in the Jurassic Park films.  The Cassowary is a little less aggressive than the film’s adaption of its ancestors, but it’s still a deeply angry creature with six inch talons it uses to disembowel its enemies or random passersby.

OK so we’ve all seen the cute little teddy bears that come to life and smile at and it’s got to be AI right?  Nope, it’s a quakka.  Quakkas are possibly the cutest animals on earth, and they’re the exception to the rule… not all Australian animals are murder beasts.